Honored with the Order of the Three Stars

Morning of November 11, 2021., at Lāčplēsis Day, comes with wonderful, thrilling news!
Film studio's "Animācijas brigāde" film scriptwriter, artist, producer
Māris Putniņš and film director, animator Jānis Cimmermanis
has been appointed as officers of the Order of the Three Stars.
Order of the Three Stars (Triju Zvaigžņu ordenis) is the highest civilian order awarded for meritorious service to the Republic of Latvia.
It was established in 1924 in remembrance of the founding of Latvia

This will be an adventurous and amusingly ironic stop motion animated film for whole family. 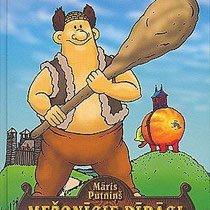 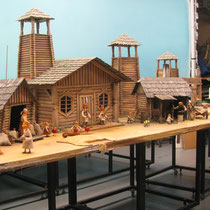 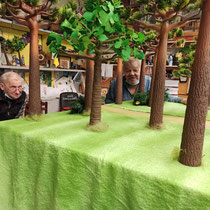 The newest puppet animation episode of the series

Rescue Team in Europe - "Greece treasures" is out now!

The pensioner has arrived in Greece, Halkidiki. While fishing from his boat,

he pulls out an old amphora, but its bottom brakes off and falls back into the sea.

The old man calls the "Rescue team" for a help. Three “Rescue team” men arrive with their ship and put on scuba diver equipment, then go deep into the sea to find the lost property...

Film director Dace Rīdūze has started work on a 20-minute puppet animation film “Angry bag” (Dusmukule). Film script is based on the motifs of Agnese's Vanaga's children's book "Plastic Hooligans". Film is intended for primary school children, where the main character is a plastic shopping bag.

Two boys find an unusual plastic bag with no handle. It turns out to be alive, moving around and angry because it has become useless to everyone.

“Angry bag” together with boys are trying to find a new meaning in life and a new use for other plastic bags that when abandoned have become a real trash hooligans. 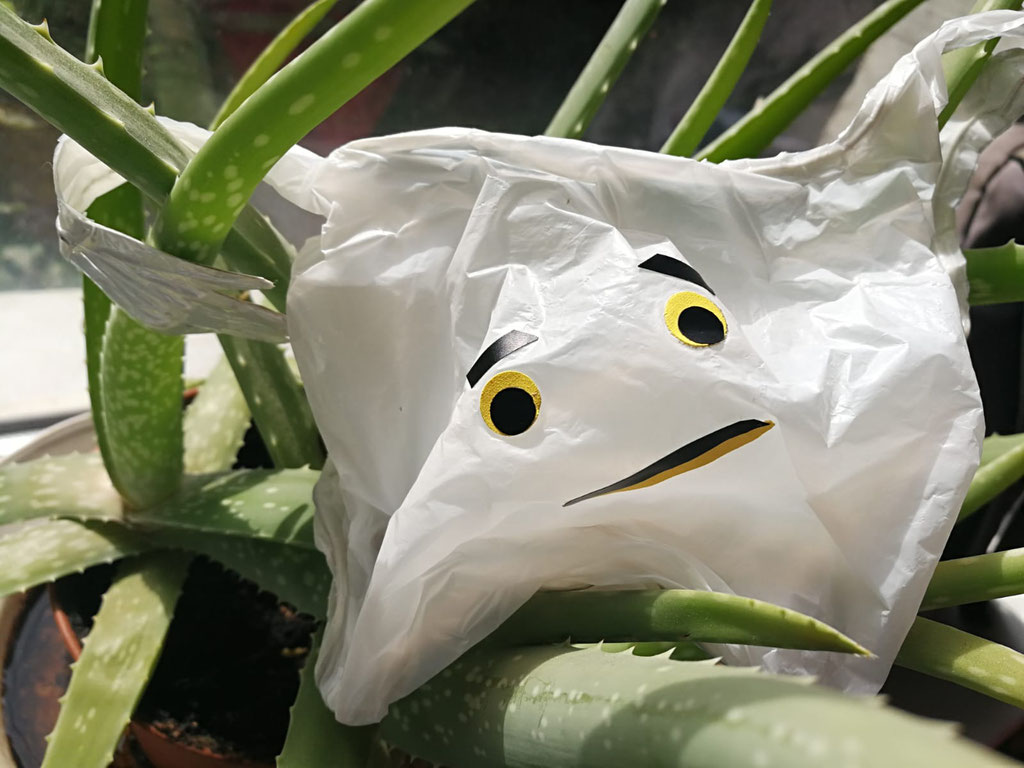 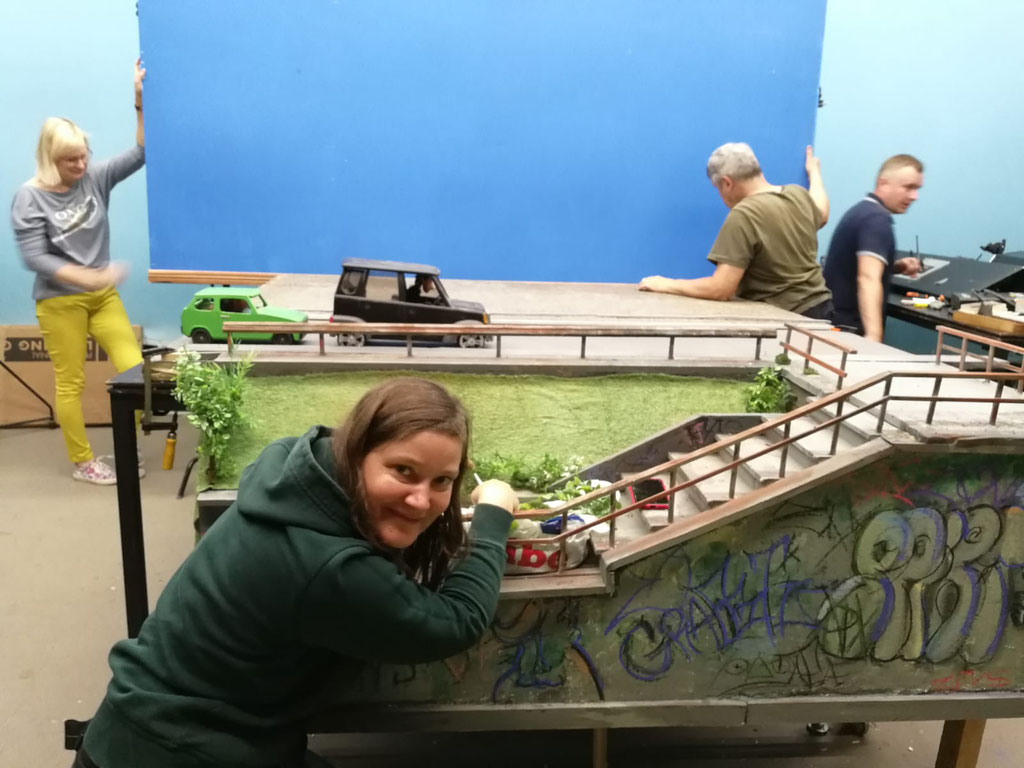 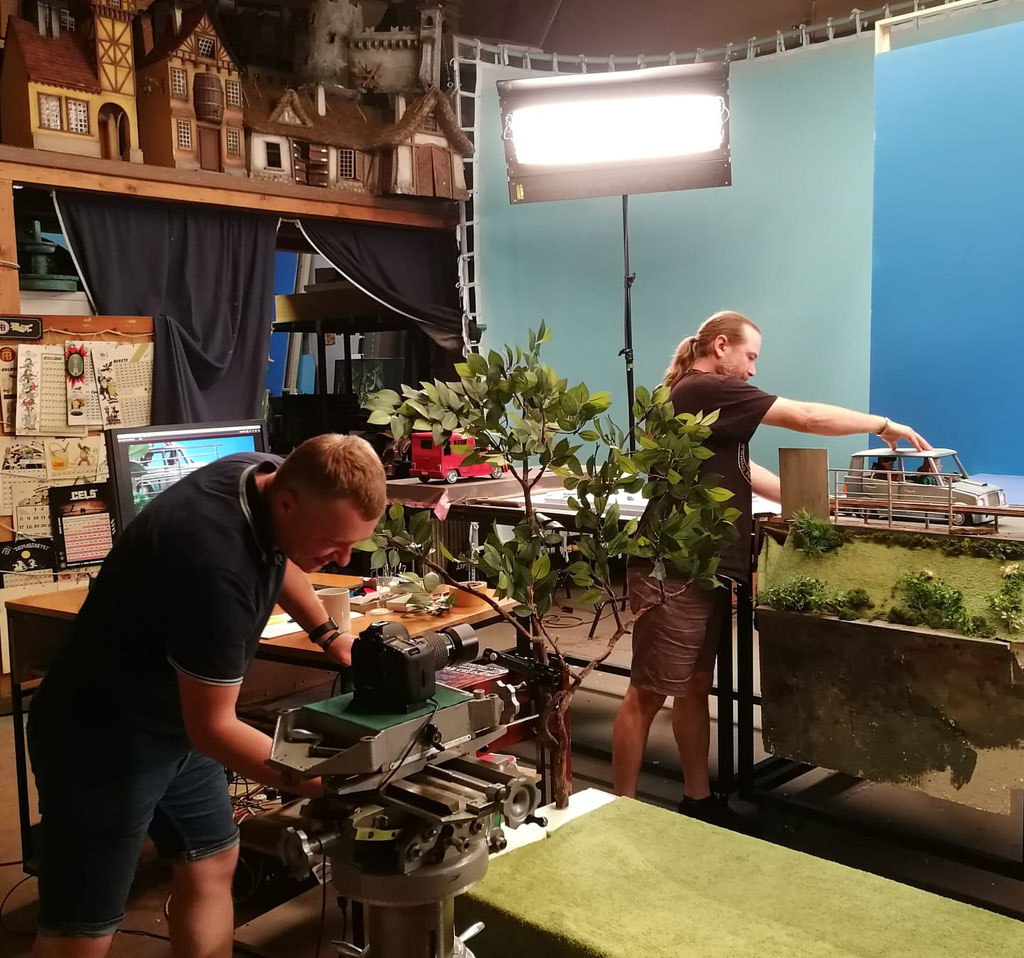 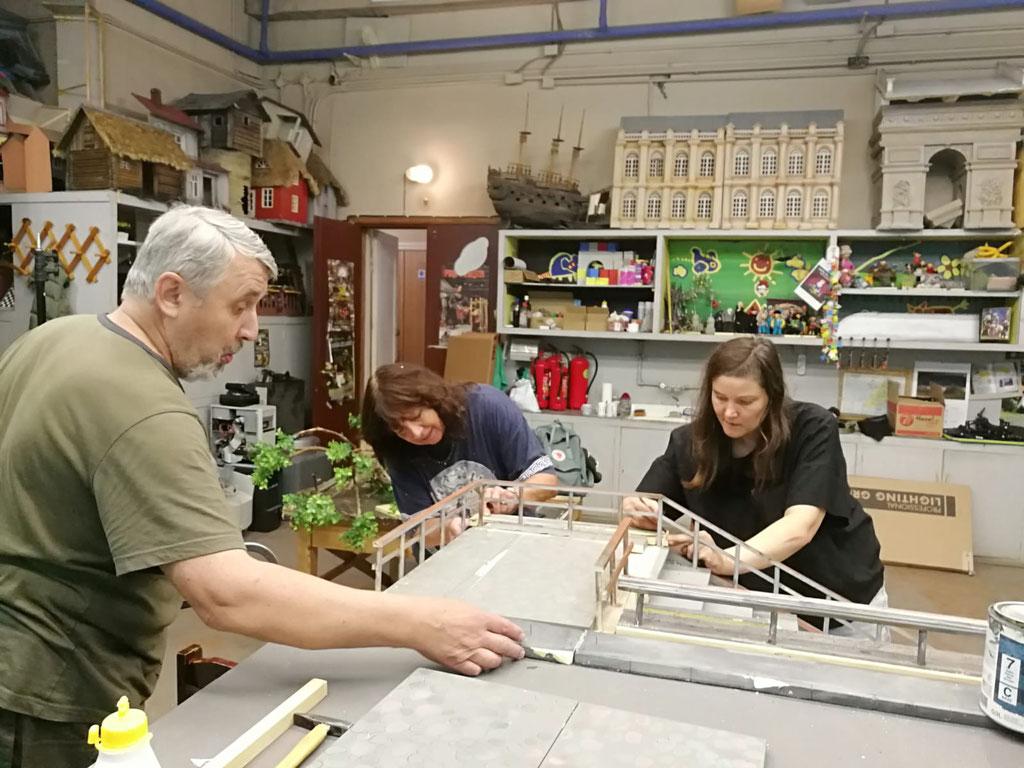 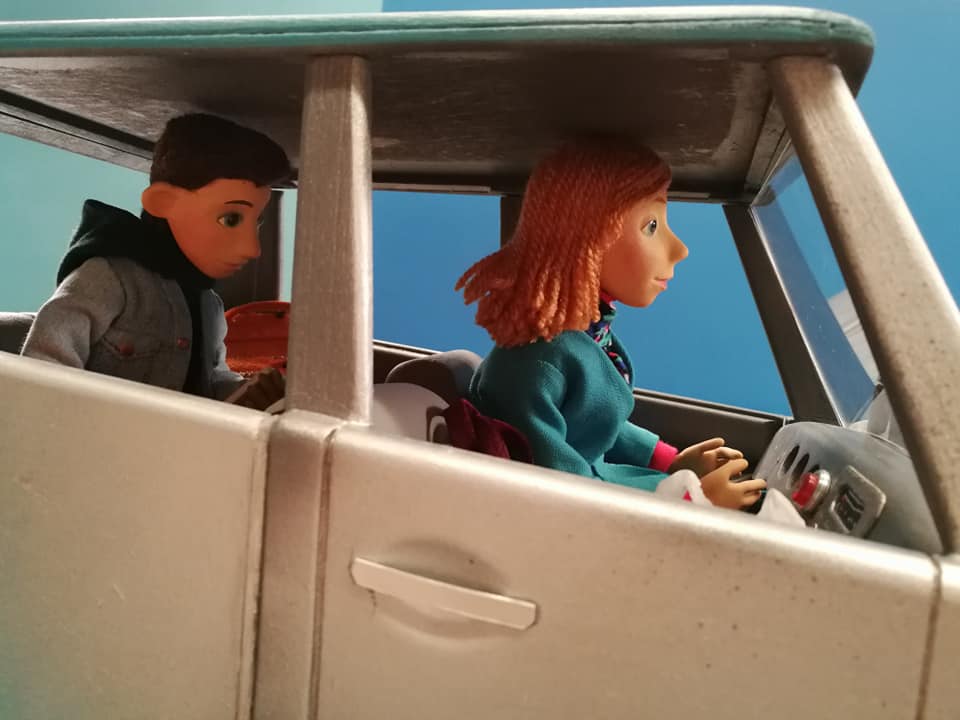 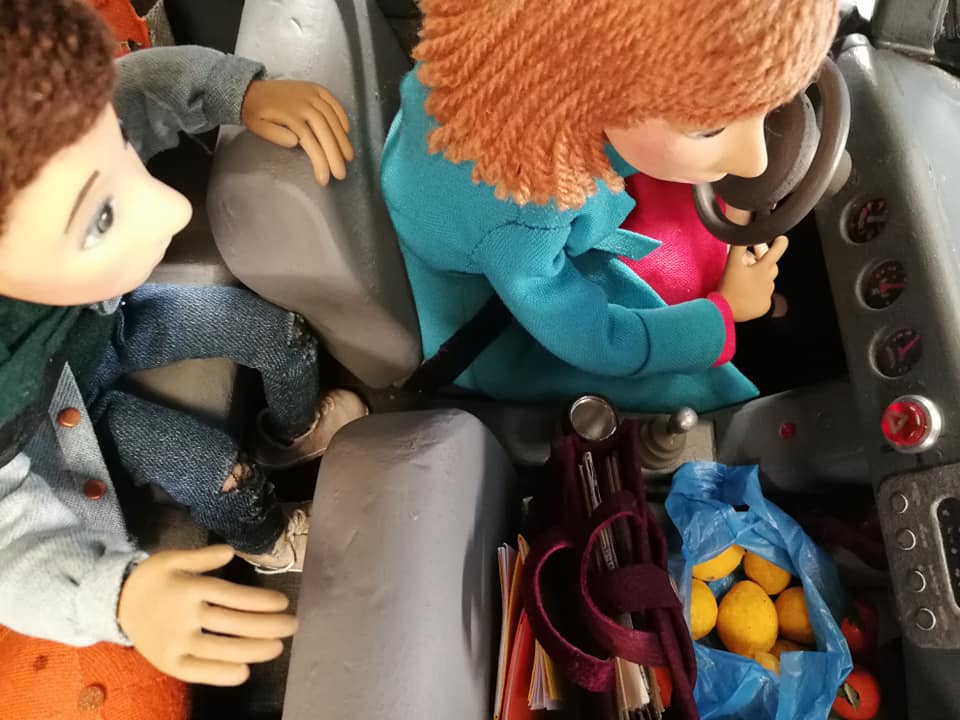 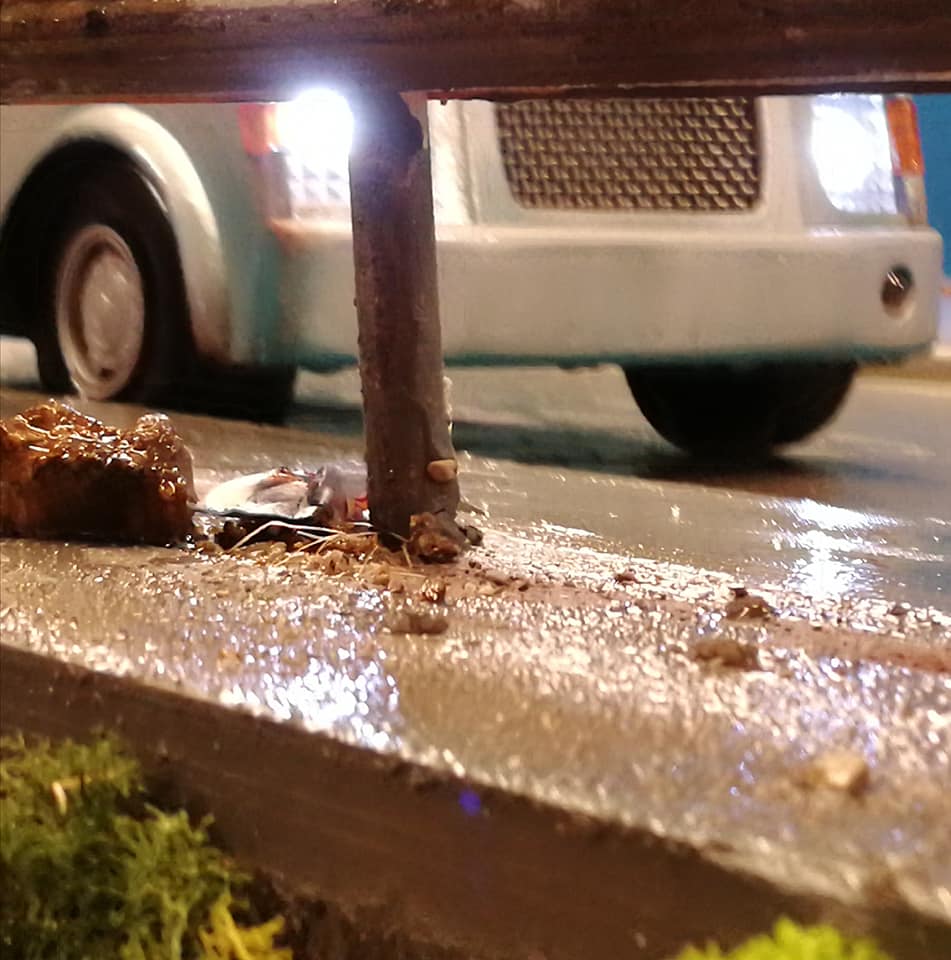 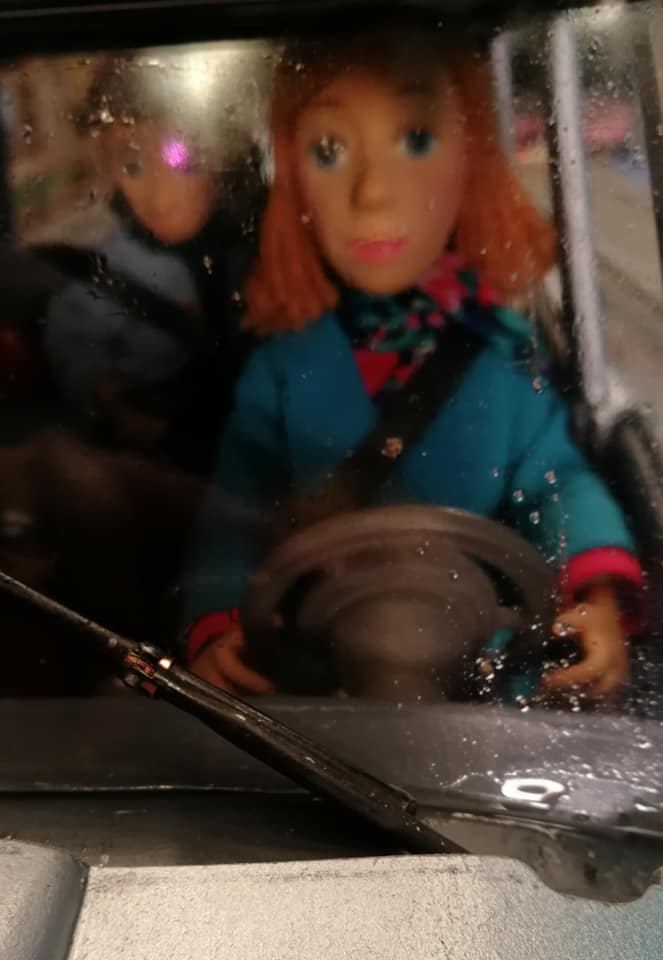 "The Rescue Team" is ready to help again!

The newest puppet animation episode of the series

Rescue Team in Europe - "Greece treasures" is in the making!

First look of the set:

Little peas sit hiding calm
In a warm and cozy pod –
In the mid of summer heat
Covered with a blanket heap.

Winter comes and then comes frost –
Breaks the warm and cozy bed,
All the blankets fall off them:
Little peas run bare and cold.

Films main characters are 8 pea children who live in their green pea pod; the story tells how they are interacting with the world and its other inhabitants in the context of natural cycles and laws. Characters are going through fun and musical adventures after they break out of their green pod house.

In the making new puppet animation short film for kids

Newest animation episode of the series

>> The men of the "Rescue team" are finally on holidays and are traveling on their yellow boat through the English Channel.
The satellite phone is ringing; London's famous clock "Big Ben" has broke down and the "Rescue team" rushes to fix it.
Morning comes and “Big Ben” is working again! However, when it comes time to ring, the solution found by the “Rescue team” is a great surprise to the Queen of England...

Small boy's life is usual and a bit boring.
Every day one and the same thing - school, homework, music lessons...
On boy's book shelf, life is also happening.
In the world of dusties you can meet many different ones playful,
sleepy and even traveling ones.
One of them is especially educated and smart.
He loves the order, takes care of other dusties, manages foreign languages,
but he always feels lonely.
An accidental encounter between the two worlds of a boy and
little dusty is turning their everyday life into an interesting adventure.

At the Eiffel tower security guard’s office electricity goes off. Guard tries to repair electricity but can’t, so he needs to call for “The Rescue Team”.  Men arrive on their yellow plane and start rescue work by fixing things. Initially, it works out well, but then the light suddenly goes off in all city of Paris, and the portrait of Mona Liza disappears from the darkened Louvre Museum. However, everything ends fine…

Award to "Esperance of will" directed by Rene Turtledove

Award in nomination "Best Stop Motion up to 10 minutes" went to puppet animation short "The Esperance Of Will" by new animation director Rene Turtledove at the International Brazil Stop Motion Film Festival August 8.-15.2018.

A new book on the history of 50 years of the Latvian Puppet Film Studio is out now!

"Lelles var visu!" ("Puppets can do anything!")

- It is an exciting journey in time of the unique world of puppet animation film makers in Latvia.

The Esperance Of Will

When the last of her friends has been buried, a daunting loneliness takes over an elderly lady. On her way home from the graveyard she runs into her own memories that play out in front of her eyes all over the city. The road takes her to the coffin store where she has to face a choice. Either it’s going to be a coffin or an old sledge. She says her goodbyes to her late husband and her dog and takes off towards the top of the mountain. The road is long and covered in snow, but the lady perseveres. When the top is reached she sits down on her sledges and pushes herself off the edge...

Animation short THE MOLE AND THE BULL by Ēvalds Lācis

THE MOLE AND THE BULL

A Film about the Mole, who is living in difficult times - the war between people happens write over his head. Also his neighbor the Bull does not like Mole so he wants to get rid of the little creature. But all ends up well.

Animation short WAIKIKI by Maris Brinkmanis is out now!

Evening time at pastry shop.  Dark brown cocoa sweet potato falls off the shelf into a plate of sweet zephyrs (marshmallows). He opens his eyes moves his little arms and legs and realizes that he has fallen into zephyr container on his head. Zephyr (Marshmallow) pink girl is disturbed from the hustle and opens her eyes. They look at each other. New friends decide to walk through the cake rack and adventures can begin...

The story is about little Piglet who prefers sweet, lazy sleep than engaging in any housework. He gets offended when his friends ask for help. Chatty magpie tells little Piglet of rich and generous relatives in the forest. Piglet believes magpie and goes into the forest for promised better life. But the dream turns into illusion and Piglet’s trip turns into a dangerous affair.

The film is dedicated to the centenary of Arnolds Burovs.

A. Burov’s life – partly reflected in real documentary shots, partly in characters or fragments from his films and partly also in newly created animations. We find A. Burovs as a young man without any specific characteristic similarity. He is rather a kind of man that he wanted to see himself in memories and fantasies.

The real life gradually passes into the world of fantasy through the play with different characters and the small film puppets which he himself modifies and rearranges as he wants.  Thus A. Burovs  reveals his dreams about Bimini, his nostalgic desire for past times that he wants to make real and fill with life again. The performance of puppets in the film become a reality. The dreams fulfill. There we can meet the poet Caks, the artists Sappy, Rembrant with Sasky... And Master finally reaches his dreamland - Bimini...

Award "Lielais Kristaps" to the "TOWER"

First look of the making of the film "MASTER'S SECRET LIFE"

On top of that, LITTLE RUDDY was in compilation with other shorts: TOWER, CORRIDA, VASA called "Fun from the Baltic countries" won the Audience award for short film programs!

Little lazy bunny is shocked by a sudden spring morning hustle and bustle at his home. He`s not only being disturbed from his sleep, but also involved in various unprecedented tasks. Going to the henhouse for eggs turns into dangerous adventure. In order to save Easter, little bunny have to overcome both - his laziness and fear and believe in the miraculous presence of the sun bunny.

Japanese tourist group arrive on the Italian city of Pisa to see the famous crooked tower there. This time they are joined by a pensioner from Latvia. While viewing the tower it suddenly begins to crook and frightened tourist’s rushes to hold it. Their efforts come in the global television event, which is seen by "The Rescue Team" and so the men rushes to save both the tower and the Latvian tourist…

New puppet animation short "Hare's big day" by director Dace Rīdūze is in the making. The story will be about Easter and adventures of a little bunny and his family.

(photo from the film set)

Film studio "Animācijas Brigāde" is making of a new puppet animation short directed by Māris Brinkmanis titled "Forest guards" (Meža sargi) it will be about nature and human coexcistence.

(photo from the film set)

Films where well received and admired by kids and jury of 64. International Filmfestspiele Berlinale Generation Kplus.

The latest DVD "Zelta DVD 9" of the newest Film studio`s "Animacijas Brigade" films is out now!

Search for the Zelta DVD 9 "GARDUMIŅI" at the bigest music and video shops in Riga.

Little Hedgehogs are loved all over the world!

This time - Special mention to HEDGEHOGS AND THE CITY (EŽI UN LIELPILSĒTA) by Ēvalds Lācis from Children's Competition at the 6th KUKI International Short Film Festival for Children and Youth Berlin, Germany. 10th to 17th of November 2013.

The 9th Award to "HEDGEHOGS AND THE CITY"!


Film director "Evalds Lacis’ animated short "Hedgehogs and the City" won the Best European Animated Short prize at the 27th edition of the Cinekid Festival 2013. in Amsterdam. Twenty animated European projects were competing for the price."

CINEKID AWARD TO "HEDGEHOGS AND THE CITY"

This time it is 2 awards! "Hedgehogs and the city" by Ēvalds Lācis awarded with

"Hedgehogs and the city" is loved by Japanese kids!

Film studio "Animācijas Brigade" just received this charming Special Jury’s Award from the 21st TOKYO KINDER FILM FESTIVAL 2013., Japan, (7th – 11th August) for the film "Hedgehogs and the City" by director Ēvalds Lācis who himself is posing with the award.

We thank Tokyo Kinder Film Festival for this wonderful surprice!

"HEDGEHOGS AND THE CITY" by Ēvalds Lācis continues its triumph around the world!

And the ICFilmFest Winners Are…

Read feedback from children who voted for "Acorn boy":

I liked everything about Acorn Boy -- his friends, his house and the music.

Pingu made me laugh but Acorn Boy gave me a happy feeling in my heart.

I like how they made little little things so perfect.

"Hedgehogs and the city" in Sardinia!

Another special mention for short film "Hedgehogs and the city"! This time from "CARTA GIOVANI " jury at the Sardinia Film Festival 24th – 29th of June 2013.

HEDGEHOGS AND THE CITY by Evalds Lacis (Lettonia, 2013)
A fanciful way to bring into question the Western
socioeconomic model from an environmental
viewpoint, developed through the animation’s
language and through the animals'
side"

"HEDGEHOGS AND THE CITY" honored at 63.Internationale Filmfestspiele Berlin !

Animation short "HEDGEHOGS AND THE CITY" (Eži und Lielpilsēta) by Ēvalds Lācis and Film Studio "ANIMĀCIJAS BRIGĀDE" was honoured with two special mentions from the Generation Kplus children's jury and the Kplus international jury at the 63.Internationale Filmfestspiele Berlin, 2013. !

Animation short "Hedgehogs and the city" is out now!


One spring morning animals wake-up from winter sleep and discovers that forest has been turned into the city. Hedgehog has a briliant idea how they all could survive in the big city. By helping people they could earn money! But what does it takes? Hedgehogs decide to get back forest and their real home...

You can do it, too! Sign up for free now at https://www.jimdo.com